Heroic encounters are Neverwinter's version of dynamic events and only exist in Icewind Dale. I have little experience with similar mechanics in other MMOs and I'm not sure how I would feel about a game making them its main focus, but I do like the way Neverwinter has implemented them. 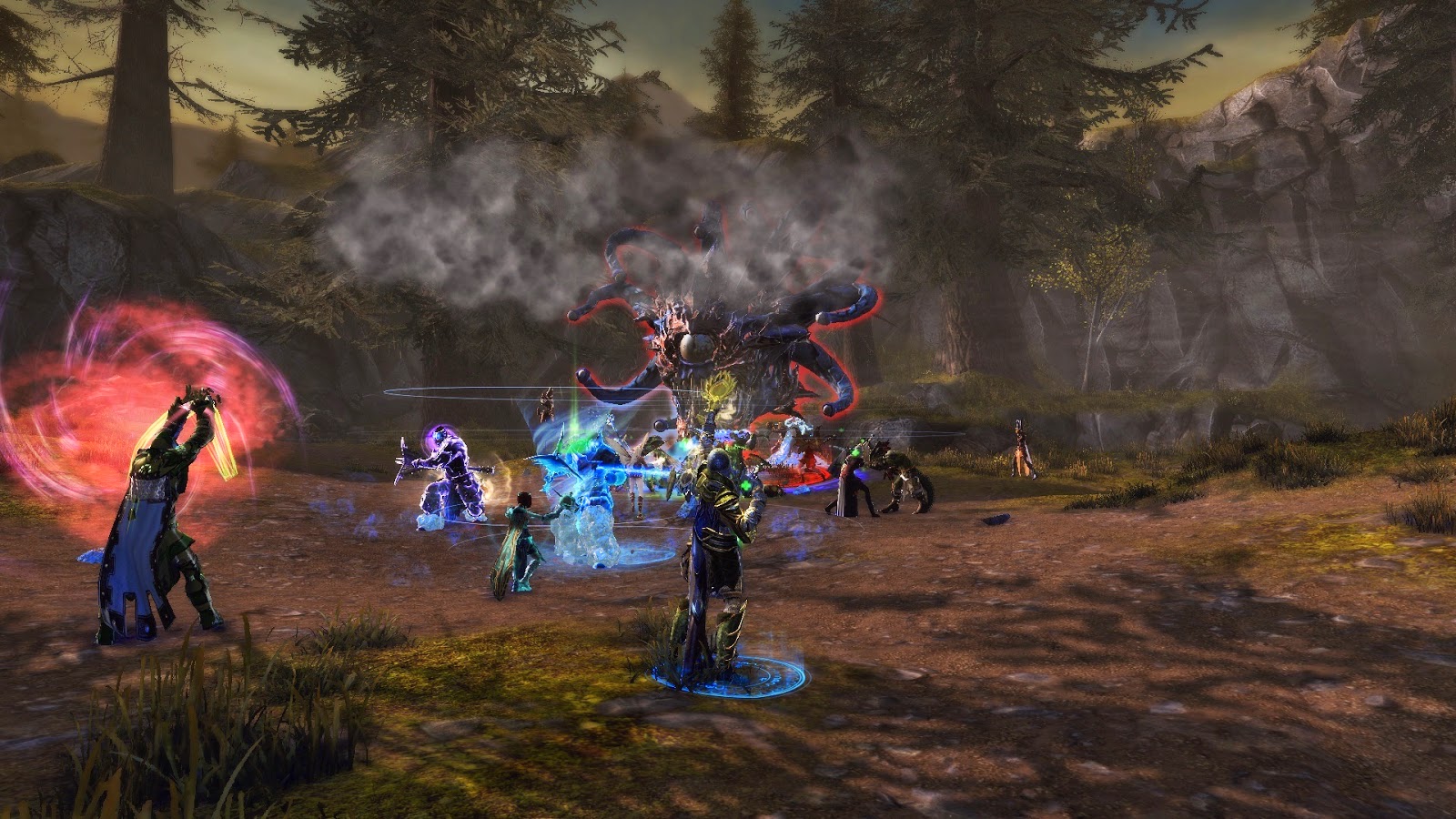 They are easy to ignore if you want to ("No! I don't care! How many more merchants need rescuing in this place?") but integrate nicely with the daily quests. When you already have a quest to collect axes from barbarians, why not get them from completing the barbarian raiders encounter that's happening over there right now?

Most of them are also doable with two to three players, which is obviously ideal for people playing in a duo like me and my pet tank. The bigger events which require greater numbers are rarer, but also give better rewards, so they attract plenty of attention as soon as they show up on the map.
Posted by Shintar at 16:41