Shintar the cleric hit level 70 from invoking today. In terms of quests, she's only completed one and a half of the crazy new grinding zones, and the prospect of going back to do the remaining two and a half for the sake of completionism is daunting. 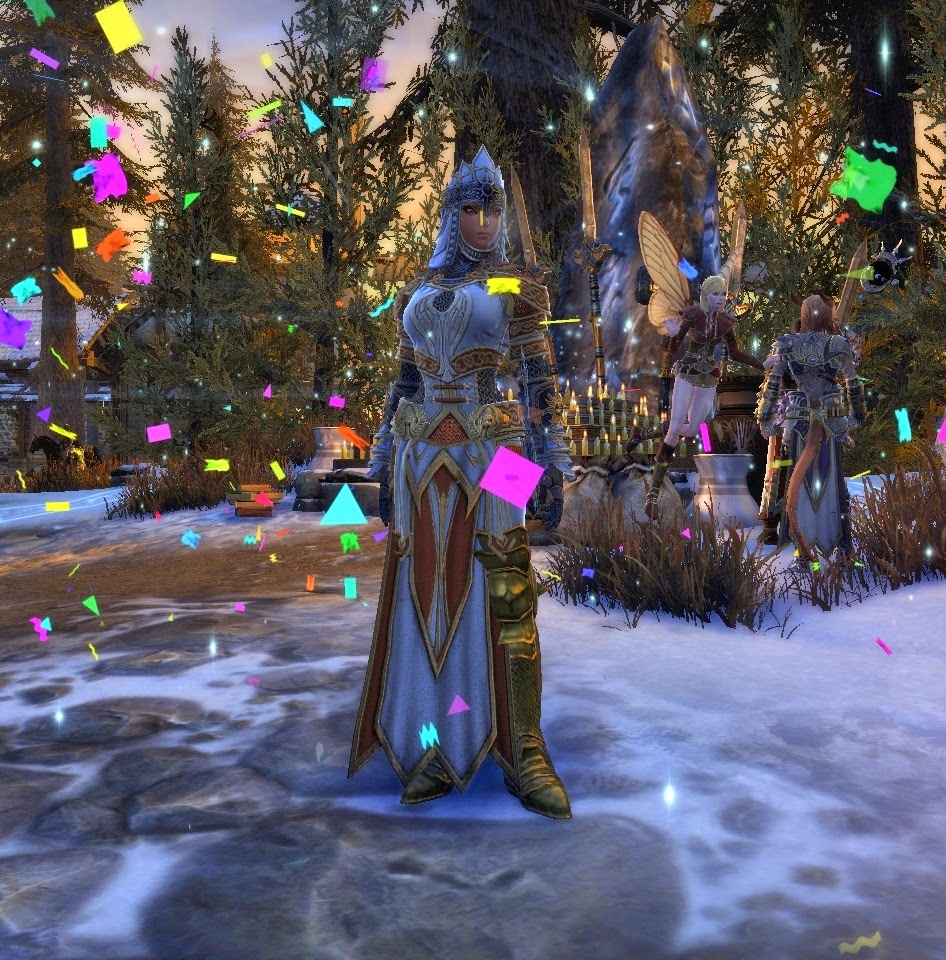 At least XP gains clearly aren't a problem (though there has been a double XP event going on). My great weapon fighter, who hasn't even set foot into any of the new zones and has only been repeating the two instanced quests with Minsc and some dragon dailies, is also already up to 67. And my rogue, whom I haven't played at all other than to invoke and queue up professions, is already level 64 as well.
Posted by Shintar at 20:21