The characters on Neverwinter's character selection screen have a curious way of loading in: their bodies always load before their armour, which means that your characters always appear in their underwear at first. I find this mildly disconcerting. 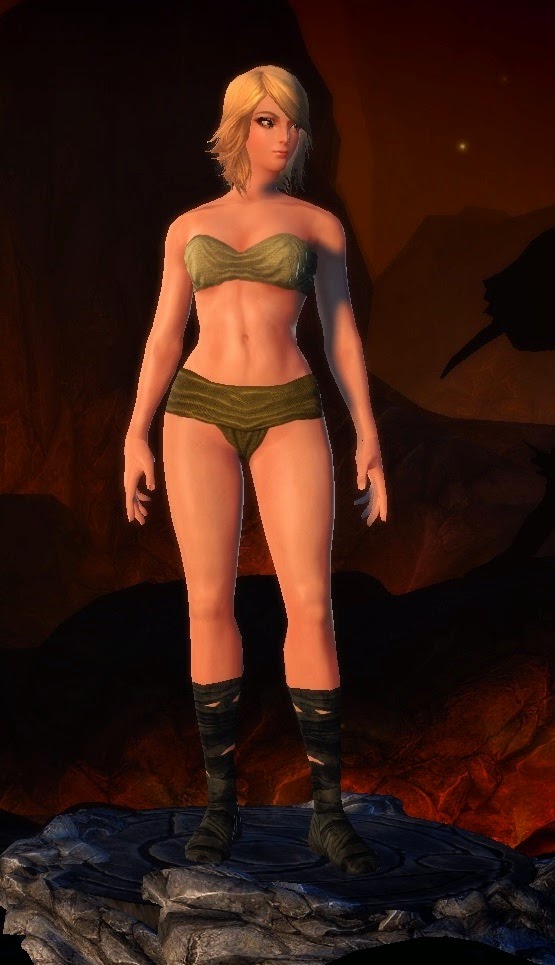 The other night was even worse though - my connection was severely throttled as I was trying to download the latest patch for SWTOR at the same time, so the character selection screen's loading was slowed down the point of characters appearing only limb by limb... now that was just disturbing. 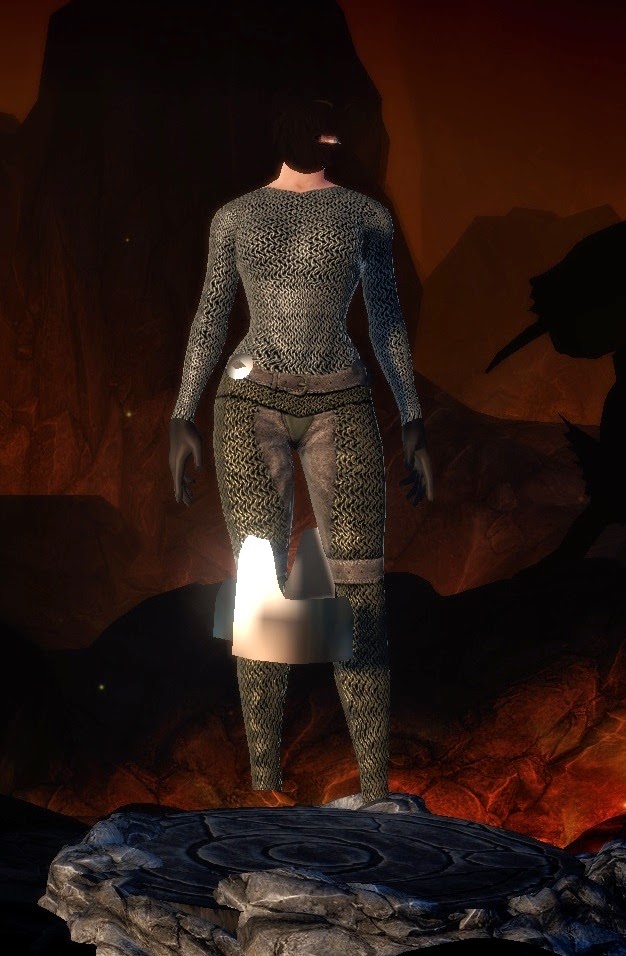