I should really post here more often, considering that I've actually been playing a fair amount again as of late. Funny how even short posts can sometimes take effort to write. 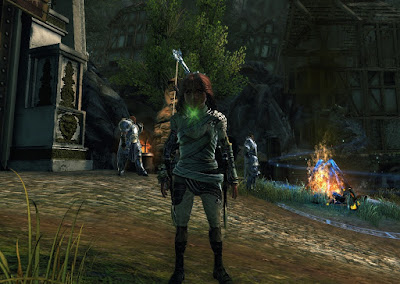 My newest project is a halfling hunter ranger, since I still had an empty character slot lying around from one of the packs I bought back in the day and I missed the feeling of levelling a character from scratch.

I was actually a bit afraid of making another alt because I'm somewhat addicted to invoking and didn't want to add yet another character that would add to my compulsion of "having to" log in seven times a day to collect free astral diamonds. So I've set myself the rule that I'll only log this particular alt if I'm actually going to play her "properly" that day in some way - I don't need yet another character levelled the AFK way anyway.
Posted by Shintar at 21:48