Three out of five people voting to kick someone for being AFK is not enough, the fourth party member can prevent the kick indefinitely.

Once you've initiated a vote kick once, you can't try again for another four(!) hours.

Basically what happened was that the pug I was in ended up with a guy in the group who was AFK throughout the entire thing. When we reached the last boss and couldn't proceed without him, we tried to vote kick him, but one guy always rejected it.

By the time we had figured this out, all three of us had used up our vote kicking rights. Then the one guy who had quietly objected left the group, leaving us with the AFK-er (who had by then fully disconnected) and no way to remove him from the group in order to complete the dungeon, forcing us to disband. 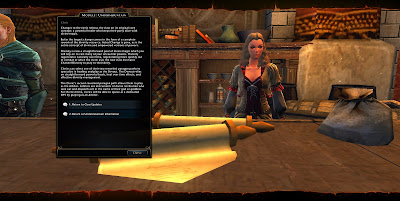 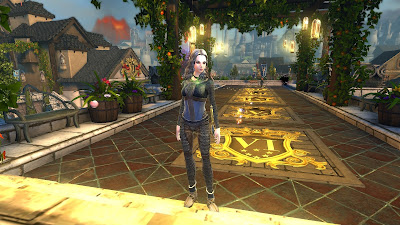 It's Protector's Jubilee again, and this year I'm not even on holiday. Surely there's no better time to check the game out again than during its sixth birthday celebrations!

Unfortunately Cryptic has delivered a double-whammy in terms of making it hard to get back into the game: Now that I'm finally getting over my disappointment with mod 15, it's hard to pick things up again because they've literally changed everything: classes, powers, companions, boons etc.

After claiming my first freebie today, I thought I'd try to get back into the swing of things by doing something simple on my cleric: the anniversary quests. Turns out that Elminster wouldn't give me any though. I tried logging another character and for her they showed. Bug? I tried to check the forums but they wouldn't even load.

Still business as usual then.

(I'm genuinely sad though; I was really in the mood for those anniversary quests. Knowing how slow Cryptic is with fixing bugs, I don't expect to actually be able to participate in the event on my main now.)
Posted by Shintar at 20:53 No comments: