At long last, my pet tank and I completed the Lost City of Omu campaign. I can't wait for Cryptic to add Signets of Patronage for this one.

I previously mentioned the atrocious drop rate for the trophies you need to buy the Omu hunt lures, and we actually managed to make it through the entire campaign, killing hunt marks over and over, without seeing a single drop apart from the ubiquitous Razortyrannus Spines. Only today, on our last day, the umpteenth wisp that we killed actually dropped a trophy. So now that we're fully done with the campaign we'd finally be allowed to go on our first hunt. Ridiculous.
Posted by Shintar at 23:04 1 comment:

This week I learned that the upcoming Heart of Fire module will also include an overhaul to the professions system. And we're talking proper overhaul here, not just a tweaking of mission rewards like we've had in the past. There's a dev blog and a forum thread about it so far.

In a nutshell, it's supposed to me more involved and more strongly tied into the rest of the game than the current system. Artisans won't just be icons in your inventory anymore, but actual NPCs employed by you in a workshop. And crafting is supposed to become more meaningful, so that people won't just level up by gathering wood five hundred times anymore because nothing else is worth it.

So far, so good from the sounds of it. The important thing for me is that existing progress will be carried over, as I have four characters with all their professions maxed out, with more working their way towards the same goal as we speak, and that has already been confirmed. Whether it'll actually be more fun and more rewarding remains to be seen.
Posted by Shintar at 22:12 No comments: 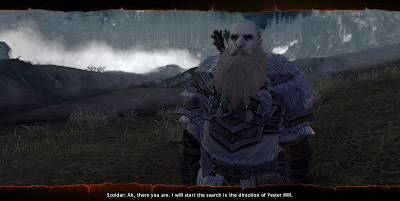 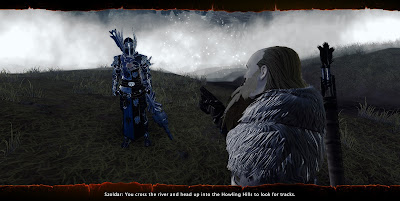 Just once I'd like to tell Szoldar that I'll search for werewolves on Yester Hill and that he should check for tracks in the Howling Hills. I mean, it's not like there's a pattern here or anything...
Posted by Shintar at 22:16 3 comments:

With all my alts at 70 these days, I thought it would be interesting to have a look at where I stand in terms of progressing them through the various campaigns:


It's worth noting that all progress was made the old-fashioned way, which is to say by playing, and no progression has been purchased with Zen or AD. Didn't use any Genie's Gifts either except for a couple I got from freebie packs given out at expansion launches and such.

I don't realistically expect to ever complete all the campaigns on all my characters, but "hey, let's do some work on campaign X on character Y" still serves as my biggest motivation to play whenever I log in. You can also tell how much I've been enjoying Ravenloft since it's the first camapaign in ages that I've happily started on more than two characters, and while it's still new as well.
Posted by Shintar at 22:35 No comments: 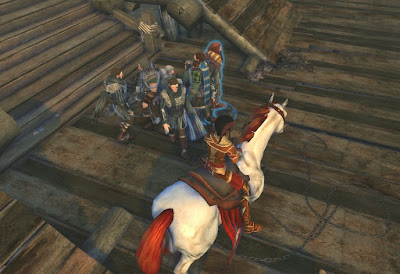 A few days ago, Cryptic revealed that the next module will be called Heart of Fire. Is it bad that my first association with this title was to imagine some sort of love child between the two Guild Wars 2 expansions (Heart of Thorns, Path of Fire)?

Interestingly, despite of that news post and some more info on Neverwinter Unblogged, I feel like I still have no idea what this module will actually be about. Apparently it's supposed to be some sort of cross-over featuring the Penny Arcade creators? The trailer makes it look like some kind of silly D&D theme park - which doesn't sound bad, I just don't know what to expect from it beyond the very general mood.