There are no factions or world PvP in Neverwinter... except in Icewind Dale. You have to sign up with one of two competing factions to quest there (though you can switch between the factions every day if you want), and in a dedicated PvP area you can then fight people of the other faction if you so desire. Occasionally said area will also transform into an objective-based PvP game, resulting in a heroic encounter that rewards you with a lot of Black Ice if you win. 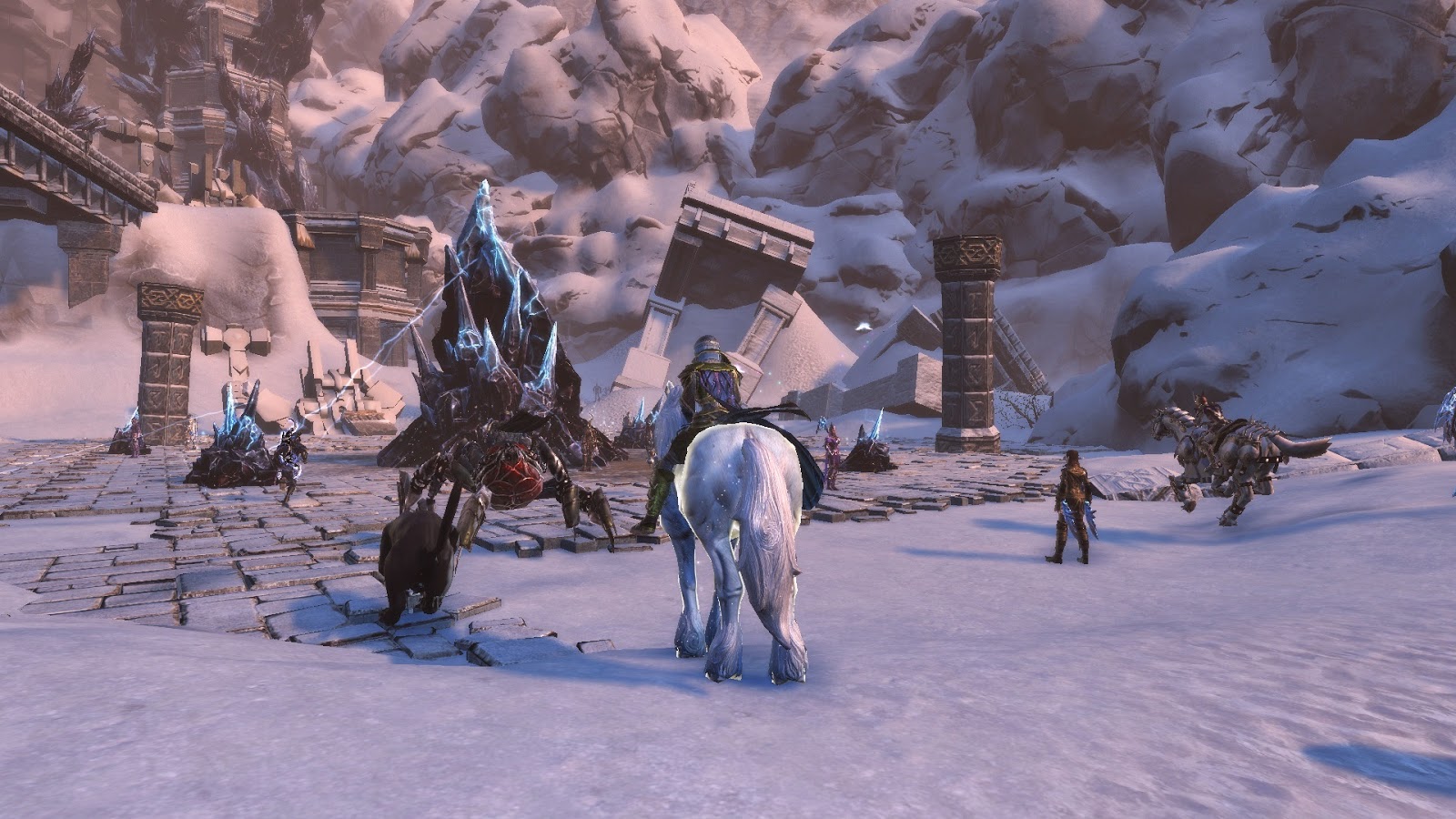 The whole thing bears remarkable similarities to SWTOR's Gree event on Ilum, and not just because the place is snowy.

- It's a daily area with a smaller, dedicated PvP zone inside it.
- You get quests that don't actually require you to PvP but can only be done in the PvP area.
- Said quests give worse rewards than the regular dailies, so as not to feel mandatory for progression.
- However, you can also do at least one pure PvE daily in the PvP area and finish it more easily/quickly that way.

I like the way SWTOR handles PvP during the Gree event and I like this implementation in Neverwinter too. Unlike in SWTOR, I'm useless at Neverwinter PvP however and always die if I actually get attacked.
Posted by Shintar at 22:05