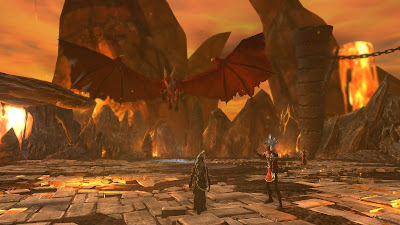 However, while levelling up I quickly found that trying to fight at range became more and more tedious, with poor kiting options that just result in every solo fight being a slow and tiring dodge-fest. Somewhat bizarrely, my characters' abilities' power levels and fun factor also seem to be inverse to their cooldown, which is to say that my dailies are boring and useless, while spamming my at-wills seems to be the way to go most of the time. Alas, I guess me and the HR weren't meant to be.
Posted by Shintar at 22:53