I've mentioned before that Neverwinter has become a lot more generous with its freebies recently, but they keep topping themselves!

Since the last week of July an event called "20 Weeks of Gifts" has been active, which lets you claim a reward from the promo vendor every week. To get this, hit L after logging in, click "claim valuables" and then go to the "promo" tab. Alternatively, you can get to the same window by visiting the Rewards Claim Agent NPC in Prospector's Enclave, who is marked as the third most northern point of interest on the map there.

I didn't previously feel the need to shout about these because while things like a free stone of health are nice, they're not exactly game-changers. These last two weeks they really ramped things up though! Last week we got a choice pack for a legendary account-wide companion, and this week we're getting the same but for a mount. I chose the Black Ice Warhorse, a classic that I've had an eye on for a looong time, but I just never felt like spending the money. I never thought I'd just get it for free eventually! 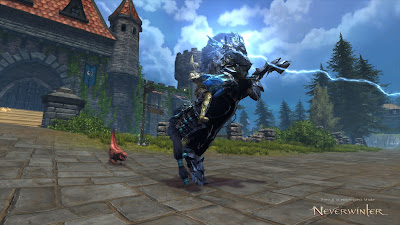 So even if you haven't been playing lately, I think this is the kind of freebie that's worth logging in for. I'd also keep an eye out for the remaining weeks of the event, because so far the rewards have only gotten better and there's still a lot of weeks to go that could hold nice surprises...