I talked about the somewhat awkward time-gating of the Maze Engine campaign, however now that I've finished it, I've also been meaning to say that the story was pretty neat and the final showdown with Baphomet quite cool. It was also one of the few pieces of content that made even my pet tank appreciate having someone to group up with. That you can re-do it as a weekly (under the guise of the story being told by a bard, which results in slight variations) is nice as well. 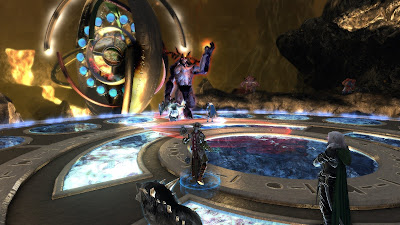