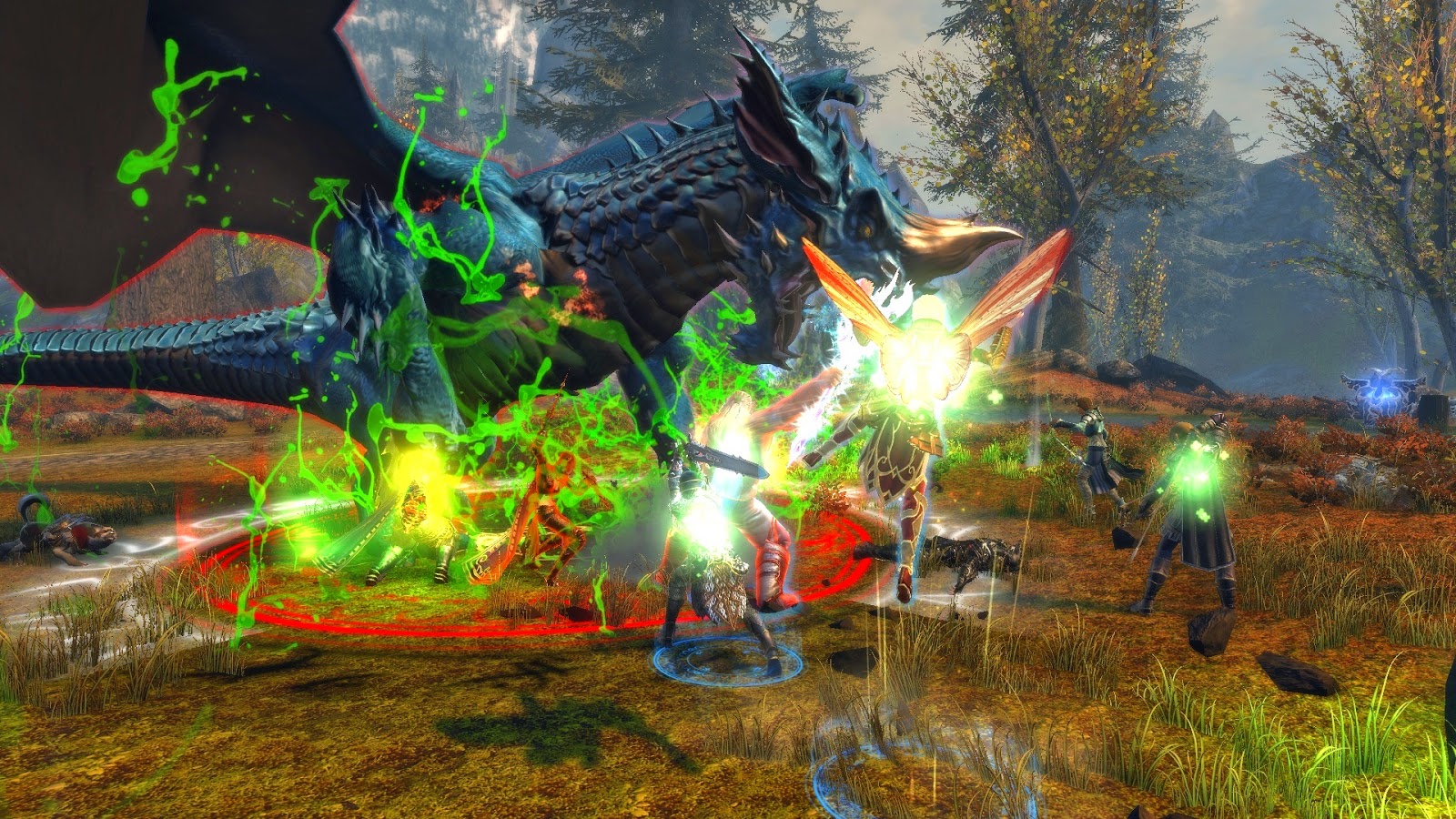 The thing that fascinates me is how different the synergies of each dragon zerg are. As a very casual player I have little to no idea of what other classes and specs can do, but at times I've been on the receiving end of some absolutely incredible buffs. There was one encounter where instead of my usual frequent deaths, nothing seemed to be able to move my hitpoints at all, and another where my action points kept refilling so rapidly that I could spam my daily power pretty much non-stop. That was pretty crazy. I just wish I knew which class caused what so that I can follow them around in the future!
Posted by Shintar at 16:50